~Thursday~ I’m pretty lucky in that I usually have just 1-2 work meetings a day, and often I don’t have any at all on 1 or 2 days of the week. That was not the case today. I had meetings from 10:00 to 4:00, with 2 of them overlapping, which I had to choose between. Our team meeting won out, because it’s usually fun, and I love our team. 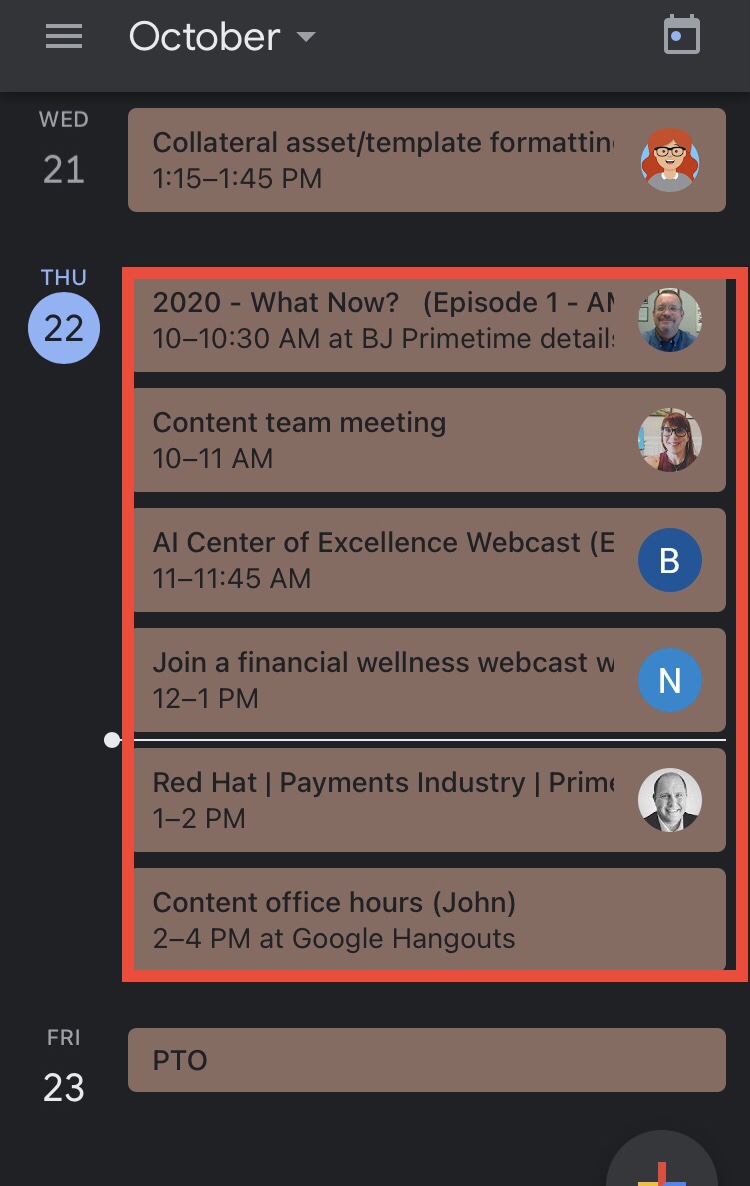 Bob took another walk today, this time to the east coast of the Cape where he encountered the Nauset Lighthouse of the Cape Cod chip bag fame.

Also in that area were The Three Sisters lighthouses, which earned their nickname because when looked at from afar, they looked like black-hatted women dressed in white. (Full disclosure: The hyphen is my own. I don’t think they meant “Black, hatted women,” and if they did, they should have capitalized the word black and added that comma. But I digress.) 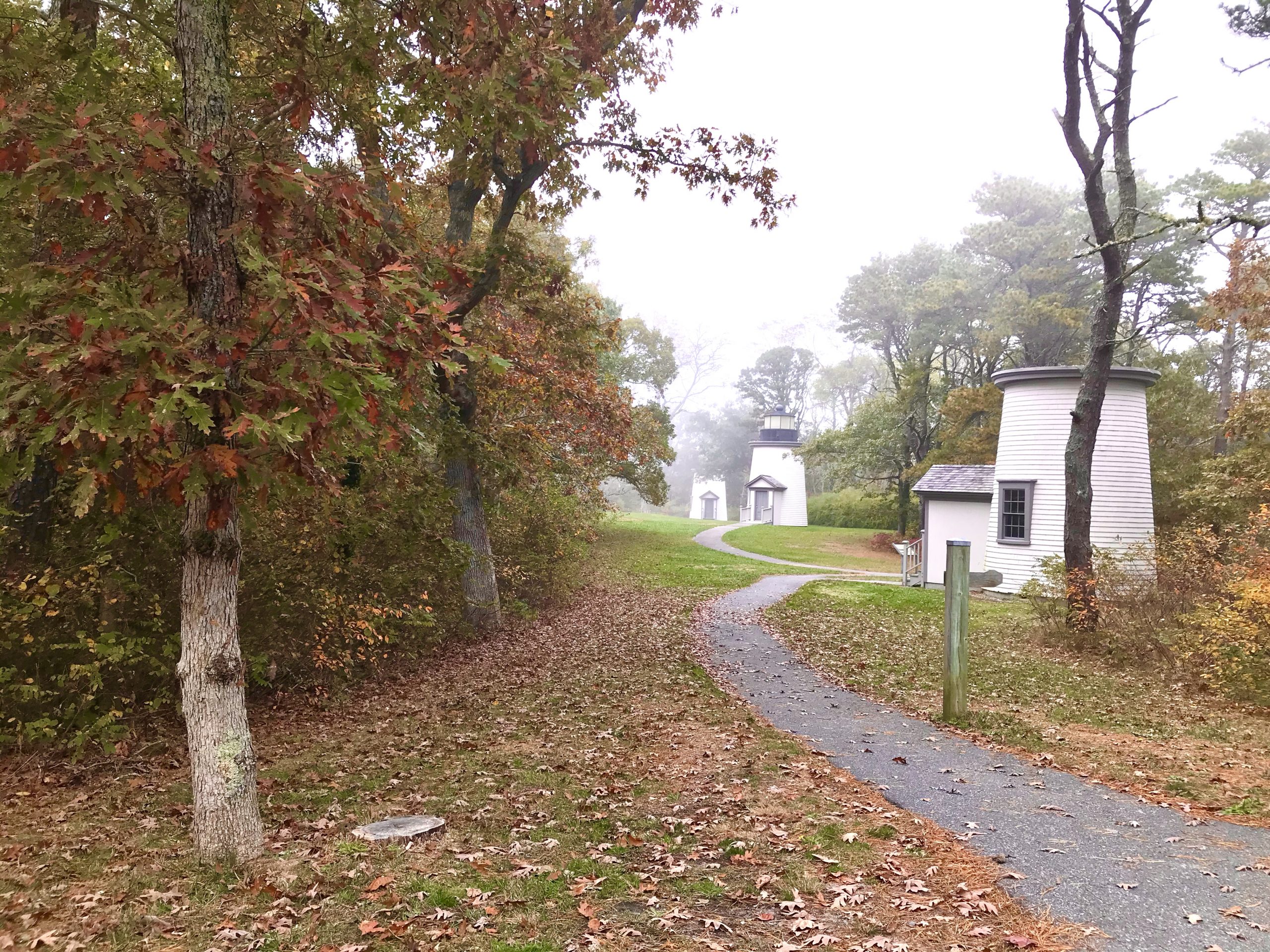 And, of course, he found the Atlantic Ocean coastline. 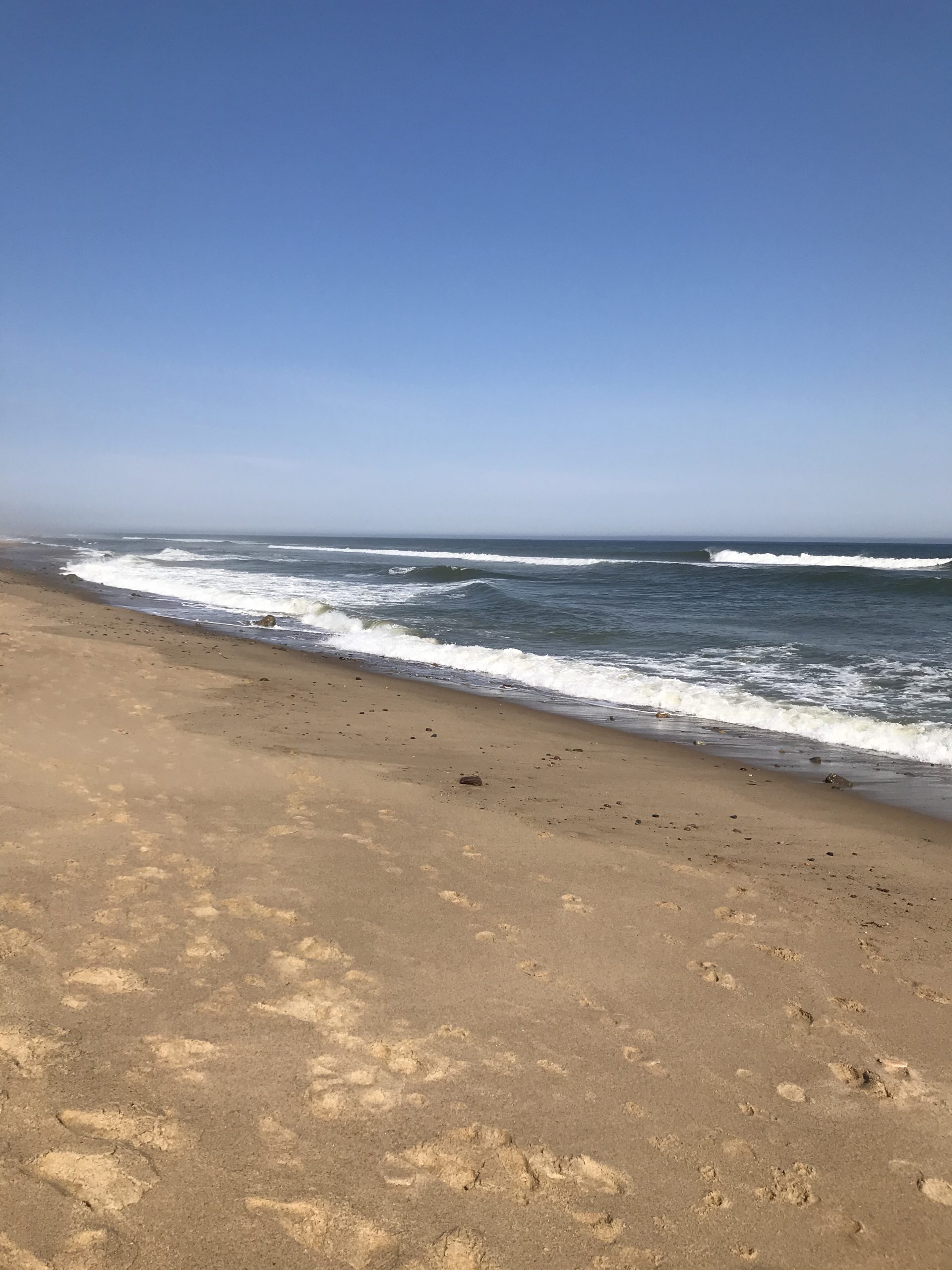 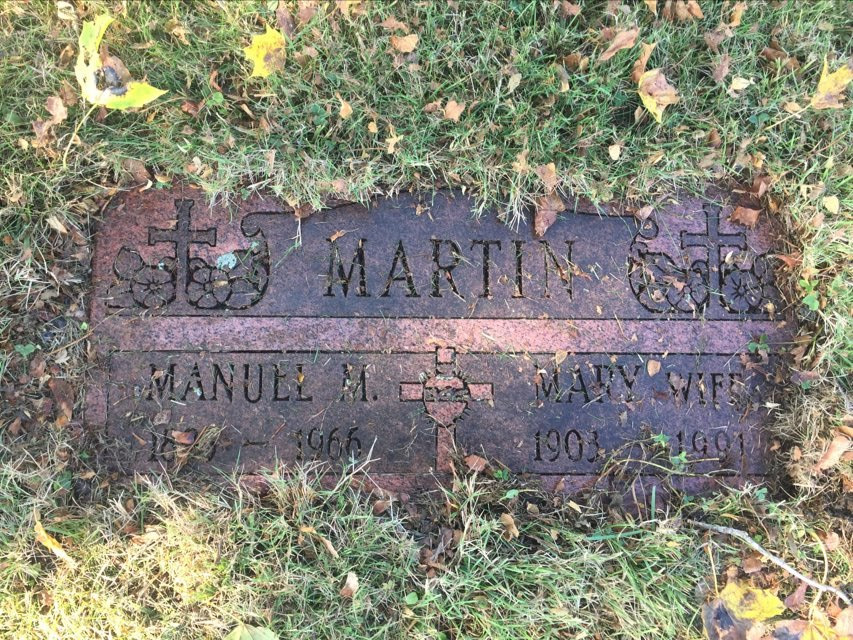 One interesting thing about this picture is seeing that “M.” in my grandfather’s name. It’s my understanding that he didn’t have a middle name, since my dad was named Manuel Martin, Jr.—and he was proud of that junior and always included it when he said/wrote his name. If my grandfather did have a middle name, and my dad didn’t, dad would not be a junior. I’ll have to follow up with my aunt (dad’s sister) about that.

Comments are welcome about this entry in the form below. | Read our day 7 entry.
Note: Comments won’t appear right away as I have to approve them to avoid spam and trolls.